We’re Experiencing Another Reformation, and Not in a Good Way 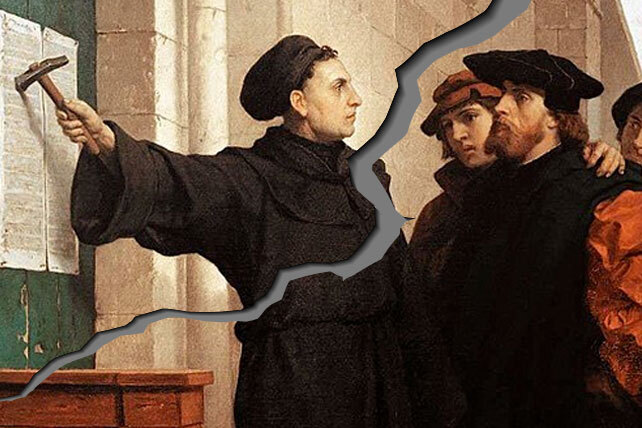 A new report released Tuesday by the Cultural Research Center (CRC) of Arizona Christian University has a troubling conclusion. American Christians are undergoing a “post-Christian Reformation,” says Dr. George Barna, Director of Research at the CRC. Unlike the Protestant Reformation, whose goal was to return to the foundational teachings of the Bible, this modern movement is one where Americans are redefining biblical beliefs according to secular values.

“While the survey cannot determine if churches are failing to teach biblical truth or whether congregants are exposed to such teaching but rejecting it, the bottom line is that we are a society that has strayed far from the path of biblical truth,” said Dr. George Barna in a summary of the findings. “It certainly seems as if the culture is influencing the Church more than the church is influencing the culture.”

In January 2020, the CRC surveyed 2,000 adults in the U.S. from four major groups: evangelicals, Pentecostals and charismatics, mainline Protestants, and Catholics. The study was part of the American Worldview Inventory 2020, and the estimated margin of error was plus or minus two percentage points.

Researchers asked respondents about their views on 51 topics, including marriage, absolute truth, the sanctity of human life, and the authority of the Bible. While there were notable differences among the four Christian traditions, researchers found that all of them showed a clear trend away from the teachings of the Bible and toward a secular worldview.

“The irony of the reshaping of the spiritual landscape in America is that it represents a post-Christian Reformation driven by people seeking to retain a Christian identity,” said Dr. George Barna. “Unfortunately, the theology of this reformation is being driven by American culture rather than biblical truth. The worldviews embraced by the adherents of these distinct religious communities reflect contemporary, worldly influence, rather than biblical influence.”

“The most startling realization” about this secular reformation, said Barna, “is how many people from evangelical churches are adopting unbiblical beliefs.”

Evangelicals have traditionally emphasized the importance of seeing the Bible as the infallible, inerrant Word of God. Now, however, 52 percent do not believe in objective moral truth, which “equates to most evangelicals believing that the Bible is either not inerrant or trustworthy in its content.” That, said Barna, “is a radical and critical departure from the traditional teachings and biblical reliance of evangelicals.”

In addition to their shifting views on absolute truth and the authority of the Bible, evangelical views of God and humanity are also becoming more secular. Seventy-five percent believe that people are basically good instead of basically sinful, 43 percent believe Jesus sinned during his time on earth, and 58 percent believe that the Holy Spirit is merely a symbol rather than a person. A majority of evangelicals do not believe it is important to follow the Christian faith exclusively. Sixty-two percent said that having some faith of any kind was better than having none at all.

The study also found that significant minorities of those who identify as evangelical do not confess their sins daily, worship God daily, or pursue God’s will for their lives. Said Barna, “While some of the ideas gaining traction in evangelical congregations may not reflect a majority perspective, the fact that one-third to one-half of those adults embrace these ideas can only be viewed as alarming for evangelicalism.” Finally, Barna found that 28 percent of people who attend evangelical churches are not born-again Christians.

read the rest of the report here: reformation