The Spanish Flu Epidemic of 1918 and Church Services 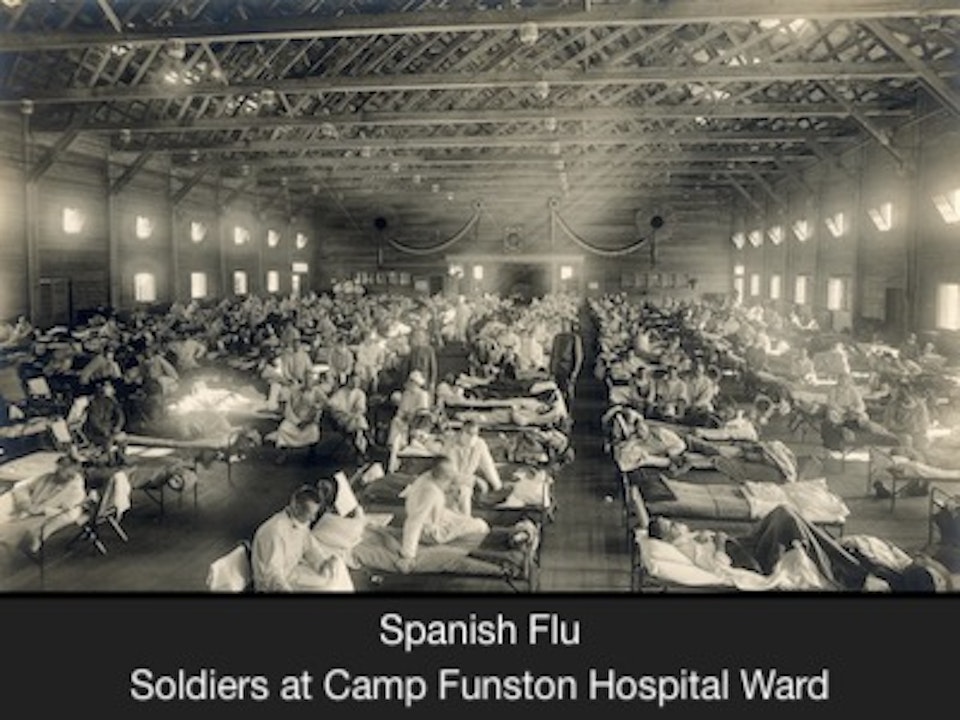 It was the last year of World War I, and the war had created economic hardship. Gasoline and sugar were rationed. There was a shortage of doctors and nurses because so many were in Europe to assist the soldiers. Large bond drives across the country were raising money for the war effort.

Philadelphia was the hardest hit city. The flu reached “the city of brotherly love” in early September and about 70 had died, but the Liberty Loan parade (to raise funds for the war effort) was allowed to proceed on Sept. 28, 1918, and the gathering of some 200,000 spread the flu like wildfire. By October 21, more than 4,500 had died. The city had to be shut down. All schools, theaters, and churches, bars, pool rooms, and dance halls were ordered shut. By the time the flu ran its course in November, more than 12,000 had died. At one point, bodies were stacked three and four deep in the city’s only morgue. The Commonwealth Brewing Company offered a cold storage plant as a temporary holding facility for 500 bodies. Bodies remained inside homes for days at a time. Trenches were dug for mass burials. Hundreds of children were orphaned. With so many employees out sick, Bell Telephone had to restrict its lines for emergency calls only. It was a strange flu. Young people 15-34 were 20 times more likely to die than by previous flu outbreaks, while only 1 percent of the deaths were those over 65. The flu attacked the lungs and caused viral and bacterial pneumonias, and antibiotics had not yet been discovered. By November 11, the flu had subsided in Philadelphia, just in time for the city to celebrate the end of the war by flooding the streets and congregating to hear speeches. More Americans died of the flu that year than died on the killing fields of Europe (This information is based on the report “100 years ago, Spanish flu shut down Philadelphia,” Philly Voice, Sep. 27, 2018.)

During the Spanish flu epidemic, cities across America banned pubic gatherings, including worship services. Christians were encouraged to engage in “home worship” and “read sermons in newspapers.”

In Milwaukee, church services were banned in October (while saloons remained open). The ban was not lifted until Christmas Eve (“How did Milwaukee fight off Spanish flu?” Milwaukee Journal Sentinel, Mar. 7, 2020).

In Washington D.C., an emergency meeting of “Protestant ministers” on October 5, 1918, decided unanimously to “place ourselves on record as cheerfully complying with the request of the Commissioners, which, we understand applies to all churches alike. We furthermore recommend that our people shall conduct in their own homes some form of religious worship remembering in prayer especially the sick, our allied nations at war and the present canvass for the fourth liberty loan” (“How DC Churches Responded,” 9Marks.org, Mar. 12, 2020). Representatives of 131 African-American churches responded the same way. Some churches obtained permits to gather outdoors, but those, too, were soon banned. When the number of deaths fell dramatically by the end of October, pastors were pressing the government for release from the ban. Pastor J. Milton Waldron, in an editorial in the Evening Star on October 29 in behalf of the 1,100 members of Shiloh Baptist Church, said, that the church was concerned that the city officials are carelessly “interfering with the freedom of religious worship” and “are woefully lacking in reverence to God and wanting in a correct knowledge of the character and mission of the church when they place it in the same class with poolrooms, dance halls, moving picture places, and theaters. ... The Christian church is not a luxury, but a necessity to the life and perpetuity of any nation.” The ban was lifted two days later, and churches in Washington D.C. immediately renewed their regular services.

In “What the 1918 Influenza Pandemic Meant for American Churches,” Mar. 10, 2020, patheos.com, Chris Gehrz quotes from several newspaper accounts of that time from The American Influenza Epidemic of 1918-1919: A Digital Encyclopedia at the Center for the History of Medicine at the University of Michigan. Following are some selections:

In Los Angeles, Harry Hitchcock and four others were arrested for attending a Christian Scientist meeting “in violation of the city anti-flu ordinances.” Hitchcock argued that the order was “an unconstitutional ... unwarranted exercise of the police power.” Four weeks later, a local appeals court refused his release.

In Salt Lake City, the Mormon Tabernacle was closed, but “in a few instances pastors assembled groups of young people in front of their churches, and either held service there, or marched to some park or recreation grounds, and enjoyed the autumn sunshine as well as imparting religious instructions to the assemblage.”

In San Francisco, John Quincy Henry of First Baptist Church held an open air service in front of the church and blamed the churches for the epidemic. He said churches “have been lamentably weak in moral and spiritual leadership and have not yet risen to the august occasion confronting them. Our churches have become conventional, cowardly and worldly. Not only the people, but the churches must repent their sins, and when they do the plagues will cease.”

In Indianapolis, ten black Christians were arrested for attempting to worship in defiance of the board of health, and when they were arrested and taken to the police headquarters, “they began talking in the ‘unknown tongue’ and it was some time before the turnkey and matron were able to learn their names.”

In Grand Rapids, Michigan, Christian Reformed pastors did not hold services, but they were “upset that churches are closed while schools remain open.”

In New Orleans, a Methodist pastor warned that the financial consequence of not having services “ranges from $20,000 to $25,000.”

In Detroit, when the Roman Catholic bishop pleaded for an end to the statewide ban on public gatherings, saying that “they were willing have their edifices fumigated between meetings, cut the services to 45 minutes, employ special ushers, who would eject persons who coughed or sneezed, and to require all worshipers entering a church to wear influenza masks,” state officials refused.

In Dallas, the mayor gave special permission for Catholic and Episcopal churches to conduct a service at St. Matthew’s Cathedral “for the boys who have died in France.”

In St. Louis, the rabbi of the local synagogue said, “Due to his determined action, St. Louis has been spared the terrible fate of other cities of its size and larger… The price we are paying now is commensurately small compared with the gain and good we shall obtain in the end. 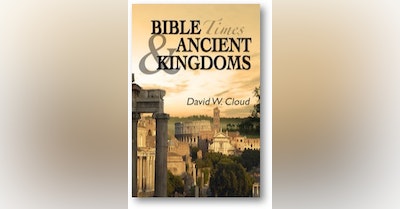 The following is excerpted from Bible Times & Ancient Kingdoms: Treasures from History and Archaeology, available from Way of Life Literature, … 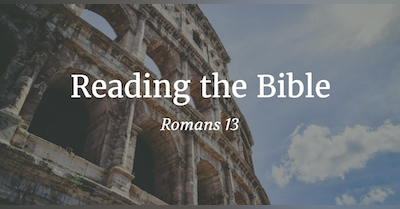 A listener contacted me and shared an article about Romans 13.  The article is called, Romans 13: Reading An Abused Text of Scripture Rightly. …