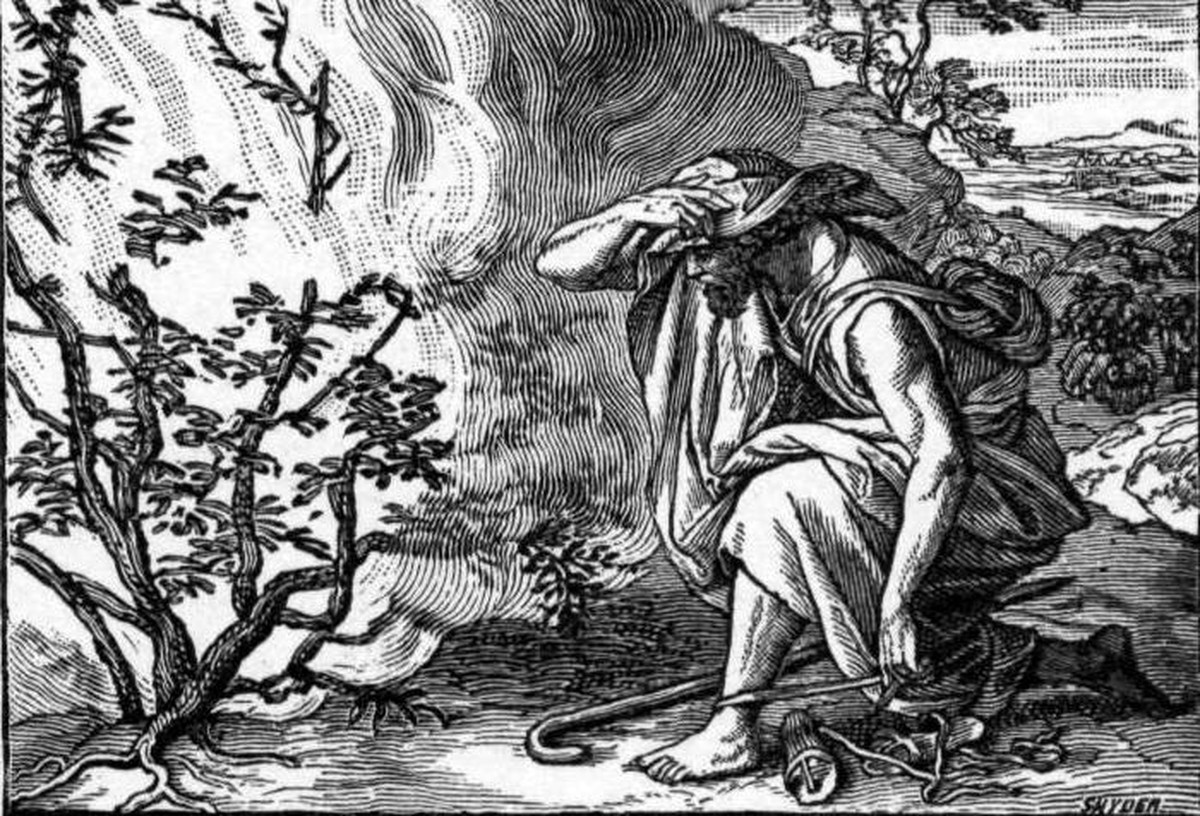 "And the angel of the Lord appeared unto him in a flame of fire out of the midst of a bush; and he looked, and behold the bush burned with fire, and the bush was not consumed." Exodus 3:3

This remarkable incident in the history of God's ancient Israel is illustrative of most important truth, bearing upon the experimental and practical experience of each believer in Jesus. It presents a true and beautiful outline of the Church of God. We are reminded of the two opposite natures of the believer- the fallen and the restored, the fleshly and the spiritual. The one low, sinful, unlovely, and of the earth- earthly; the other elevated, holy, glorious, and of heaven- heavenly. "That which is born of the flesh is flesh; that which is born of the Spirit is spirit."
The conflict between these opposite and antagonist natures in the child of God is also presented to view. As the bush in which the Divinity dwelt was surrounded by flame, so the regenerated man, in whom the eternal God deigns to dwell by His spirit, is perpetually encircled by the fire of conflict, trial, and suffering. Nature and grace, sin and holiness, are as contrary the one to the other as any two principles can be. They can no more agree, commingle, or coalesce, than can the opposite and antagonist elements in the natural world. Nor can there ever be a truce between them. They must necessarily and perpetually be at variance, hostile to and at war one with the other. The contest is for supremacy. The great question at issue is, "which shall reign in the believer- sin or holiness; nature or grace; Satan or God?" Oh, what a fiery conflict is this! Hear the confession of an inspired apostle, drawn from his own painful experience: "I am carnal, sold under sin. For that which I do, I allow not; for what I would, that I do not; but what I hate, that do I." Who cannot trace the conflict here? Sin he deeply, inveterately abhorred. The prevailing tendency, the habitual and fixed inclination, of his renewed mind was to holiness- the bent of his desires was towards God. And yet, in consequence of the native depravity of his heart, the influence of sinful propensities, corrupt inclinations and desires, he felt like one chained to a body of death, from which he longed to be delivered. Here was that which defined the two natures, marked the perpetual conflict between both, and which distinguished the holy man from the sinner.
In addition to this spiritual conflict, there are the flames of suffering and trial which often encircle a dear child of God. This is the baptism of fire, connected with, and ever following, the baptism of the Holy Spirit. "He shall baptize you," says John, "with the Holy Spirit, and with fire." God has His "fire in Zion, and his furnace in Jerusalem." But it is not the furnace of justice, nor the fire of wrath. Jesus, the surety, has passed through and sustained all this; He has quenched its flame, and extinguished its embers. But it is the discipline of everlasting love and mercy. And though persecution may be permitted to rage, and the confessor of Christ may ascend, to glory in a chariot of fire- though trials of various kinds may overtake the child of God, his grace and his graces "tried with fire,"- yet both the persecution of the Church and the trial of the believer are but the fruit of eternal and unchangeable love; and will prove purifying, sanctifying, and saving. Nothing will be consumed but the tinsel of the world and the dross of sin, the alloy so much and so frequently found mixed with the pure gold.