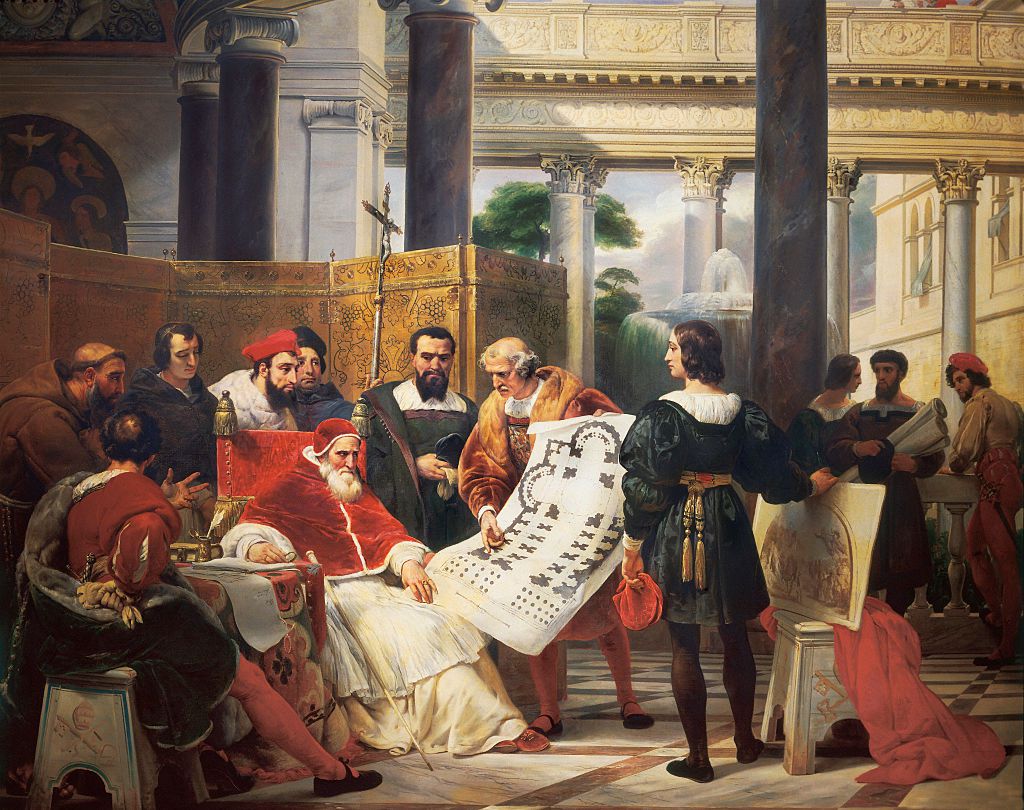 This council was summoned by pope Julius II by the bull Sacrosanctae Romanae Ecclesiae, issued at Rome on 18 July 1511, after several schismatic cardinals, officially supported by Louis XII, king of France, had assembled a quasi-council at Pisa. Twice postponed, the council held its first session in full solemnity at Rome in the Lateran residence on 10 May 1512, at which session an elaborate address on the evils of the church was made by Giles of Viterbo, general of the order of Augustinian hermits.

There were twelve sessions. The first five of them, held during Julius II’s pontificate, dealt primarily with the condemnation and rejection of the quasi-council of Pisa, and with the revoking and annulment of the French “Pragmatic Sanction”. After the election of pope Leo X in March 1513, the council had three objectives: first, achieving a general peace between christian rulers; second, church reform; and third, the defence of the faith and the rooting out of heresy. The seven sessions after Leo’s election gave approval to a number of constitutions, among which are to be noted the condemnation of the teaching of the philosopher Pomponazzi (session 8), and the approval of the agreement completed outside the council between pope Leo X and king Francis I of France (session 11).

All the decrees of this council, at which the pope presided in person, are in the form of bulls. At the beginning of them are added the words “with the approval of the sacred council”, and at the end “in public session solemnly held in the Lateran basilica”. The fathers confirmed all the decrees by their votes. If anyone wished to reject a proposal, he made his dissenting opinion known verbally, or briefly in writing. The result was that the matters proposed, after various debates, were sometimes altered.

The decisions on the reform of the curia produced almost no effect because of the timidity and inadequacy of the recommendations, especially since the papacy showed slight inclination to carry the matter through. On the other hand, the council totally suppressed the Pisan schism. It is clear that bishops were never present in great numbers at the council, and that prelates who lived outside Italy were notably absent to such an extent that there has been frequent dispute about whether the council was ecumenical.

The decrees and other acts of the council were first published in Rome shortly after the council ended, namely on 31 July 1521 by cardinal Antonio del Monte, acting on the orders of pope Leo X. The title of this edition is: SA. Lateranense concilium novissimum sub Iulio II et Leone X celebratum (= Lc). It was subsequently used in various conciliar collections from Cr2 3 (1551) 3-192 to Msi 32 (1802) 649-1002. We have followed this edition of 1521 and have taken the headings of the constitutions from the summary which precedes it.  You can read about each session of the council here: Lateran