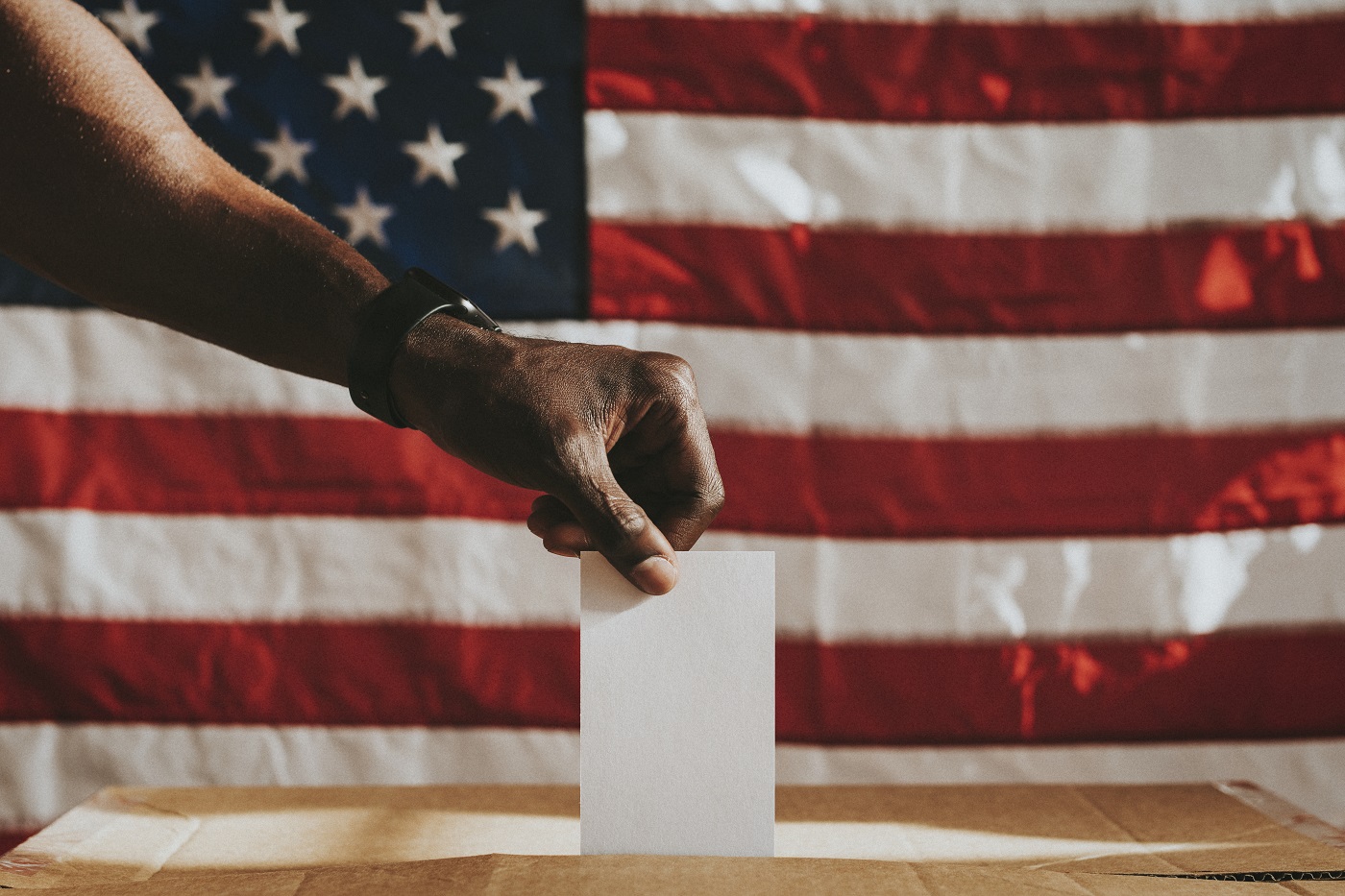 Once we no longer care about the truth, our own deliberations become corrupt. When the positions we take and the policies we advocate are not restrained by truth, it no longer seems to matter how we bring about our agenda. All that matters is that we win.

As a matter of policy, President Trump’s administration treats truth as merely a function of power. This manifests as a consistent effort to call into question, mock, or deny the possibility of objective truth, to sow distrust, to entertain conspiracies and rumors, to promote the use of propaganda, to undermine public discourse, and to fatigue us with uncertainty.

Two cancerous outcomes are produced by this policy. First, our social order is weakening as belief in the possibility of objective truth and our ability to discover and communicate it collapses, in response to which we retreat into identity groups and self-preservation. Second, the sine qua non of social conservatism is abandoned for the sake of short-term, pragmatic gains.

To vote for four more years of this is to welcome and condone the further decay of our nation, and to accept the use of unmitigated propaganda. You may be concerned, as I am, about the increasingly progressive trajectory of the DNC. But social conservatives will have nothing with which to resist, no alternative to offer, if we abandon the idea of truth. At that point, there will be nothing the left can demand of us that we have not already given.

Our country was already experiencing an epistemological crisis prior to this administration. Donald Trump has dramatically embraced and accelerated our epistemological crisis through his evident belief that truth is a function of power. For Trump, everything is propaganda. Everything is spin. The only question is whether it is “our” spin or “their” spin. Anything is possible, and nothing is certain. QAnon may be correct that Trump is saving children from pedophiles and Satanists among the elite, and a pandemic that has so far killed 200,000 Americans may not be that bad, actually. Who is to say? Who can even know? We can’t trust the media, we can’t trust the state (which is out to get Trump). We can’t even trust our own eyes.

We have known this about Donald Trump for a long time. Between his zealous quest to find Barack Obama’s “real” birth certificate to his musings about vaccines and autism, to his insinuations about Ted Cruz’s father, Trump has displayed a showman’s love for playing with truth as if it were raw material that he can warp at will to promote his interests.

For Trump, everything is propaganda. Everything is spin. The only question is whether it is “our” spin or “their” spin.

Why is it that Trump supporters overlooked such a long and distinguished record of lies and conspiracy theories? Some reasoned that, if the media and the Democrats won’t be honest, we need someone to wield the power of unrestrained propaganda for our benefit, to save America and protect our freedoms. Others hoped to contain Trump’s influence. Sure, he’s going to lie about the size of his inauguration crowd, but what does it really matter, so long as he is improving the economy and defending religious liberty?

It matters a great deal. There is no way to isolate the effects of a chronically deceptive president. They spread. White House staff are compelled to keep up the deception. Senators wave away evidence of the administration’s lies as “fake news,” not even bothering to give a rebuttal. Trump supporters become convinced that masks don’t workand “there is no pandemic” and the entire world is just out to ruin Trump’s re-election, despite nearly 400,000 Americans hospitalized and over 200,000 dead. Cable news and social media have given us a host of new celebrities whose entire careers are devoted to defending the president. State agencies have been forced or pressured to alter what they believe to be true in order to fit the agenda of the president.

When President Trump wrongly warned Americans that Alabama was about to be hit by Hurricane Dorian, his chief of staff ordered the National Weather Service to change its report to agree with the president’s tweet. In 2019, a DHS spokeswoman tried to pressure NBC to retract a story that revealed that the Trump administration had falsely claimed that nearly 4,000 terrorists or suspected terrorists had been apprehended trying to cross the border. The actual number was six. More recently, there are reliable reports that the Trump administration interfered with CDC reports to make them conform to the president’s narrative. The problem is not that the president occasionally lies, it’s that his lies are a vortex that sucks up everyone around him, from federal agencies to the media to his supporters.

While we would like to imagine that our president is not a model for our virtues, in reality the president does have the power to influence us. And his falsehoods are just as destructive for critics of the president as they are for supporters. The more you use falsehood for your own benefit, the less likely I am to interpret your words in good faith, until even manifestly irrational interpretations seem possible, if not plausible. Thus, the deception and conspiracy theories of this administration have birthed untold numbers of conspiracy theories and bad-faith interpretations about this administration in the media and beyond. In response to reports that a COVID-19 vaccine may be ready by the election, many people say that they would not trust such a vaccine, because they don’t trust Donald Trump. The likelihood of a president’s pressuring the FDA and CDC to approve a vaccine that is dangerous or ineffective seems incredibly tiny. There are too many career civil servants who would have to abandon all professional ethics and morality to allow such a thing to happen. Yet, this is the same president whose administration pressured the NWS, DHS, and CDC to alter facts to fit his narrative. So, who knows?

Nobody. And that’s the point.

The second major outcome of this administration’s policy of self-interested relativism is that it undermines a necessary basis for social conservatism: truth.

Whichever principle entices you to vote for Trump, without truth that “principle” is only a personal preference imposed on others by force. It is not justice, for justice requires truth. It is not fairness, for fairness requires a standard. It is not liberty, because only the truth can set you free.

Social conservatism cannot be sustained by identity politics, because it assumes a common good based on certain truths about existence. It requires a robust conception of transcendent, timeless truths and virtues. If “truth” is merely a function of power, then the pro-choice criticism is right: we really are just trying to control women’s bodies. In that case, the unborn child has no inherent value or rights; there are only our private convictions. Without truth, social conservatism is incoherent and violent.

My concern here is not primarily that a social conservatism that embraces deception will make us appear hypocritical or will kill public support for conservative values. Anecdotally, however, I have indeed witnessed younger evangelicals become increasingly drawn to the political and theological left because they feel betrayed by evangelical support for Trump. We taught our children that integrity matters, and they remember.

Still, what concerns me more is that once we no longer care about the truth, our own deliberations will become corrupt. The positions we take and the policies we advocate—in the name of life or morality or justice—will not be restrained by truth. It will no longer matter how we bring about our agenda. All that will matter is that we win. We may lie, manipulate, cultivate hatred and division, and dehumanize our enemies, so long as we achieve our goals. If we cannot conserve verity, then we have nothing left to conserve.

If we don’t embrace a will-to-power politics, we will be beaten—and often. The person who is free to lie, and deceive, and make full use of the tools of propaganda is at a tremendous advantage over the person who is restrained by virtue and truth. Very well, then: so be it. We will lose some battles. But if we insist upon submitting truth to power, then we have nothing else to offer or to lose. The only remaining distinction between conservatism and liberalism will be which identity groups they represent, not which party more justly and righteously pursues the common good.

Christian Hope in the Face of Fear

I understand the fear of losing. Some evangelicals are afraid of a loss of power. Many people I know, myself included, are quite reasonably concerned that losing the White House and Congress will eventually mean a restriction on our religious liberty, whether it looks like the repealing of the Hyde Amendment or a ban on student loans for students attending religious colleges and universities. Support for both of these ideas is mainstream within the DNC. These are not paranoid fears.

For the world, there is only one standard for judging a political event or movement: success. . . . For the Christian, these are not the most important questions. Christ calls us to long suffering. Sometimes that means losing rather than condoning the spirit of the city.

Still, I worry that we have a mistaken vision of political ends. For the world, there is only one standard for judging a political event or movement: success. Did we retain power? Did we win? For the Christian, these are not the most important questions. Christ calls us to long suffering. Sometimes that means losing rather than condoning the spirit of the city.

When Christians refuse to vote for candidates who are manifestly unfit for office, it is not an act of hopelessness or a failure to love our neighbors. Our hope for America is the same as our hope for the world: that the One who died for us will make all things new. And that work of “making new” is unimaginable to us. Given our absurdly divided and deceptive society, I can’t imagine how America could ever repent and pursue righteous justice and the common good. We can’t even talk to one another. Thankfully, I am not responsible for coming up with the Plan to Save America, and neither are you. My duty is to glorify God in the fallen city I live in, and that includes seeking justice even when I can’t humanly see how justice will ever be served, how racism in America can ever end, or how we can live together in peace with neighbors who find our beliefs abhorrent.

My task is simply to be faithful. That is why I cannot support or condone an administration like Donald Trump’s, that makes a mockery of truth and engenders epistemological chaos for personal benefit.